Life is all about the lessons you learn when you’re least expecting them. That’s something the team at U.S. Stove took to heart recently when we had an opportunity to visit the Navajo Nation in Shiprock, New Mexico.

This trip allowed U.S. Stove to meet and interact with the Navajo people in their home environment — but more than that, it also allowed our team to gain valuable perspective on our natural resources and on life itself.

These lessons are beautiful enough that we want to share them with others, so read on as we offer you the lessons they offered to us.

How We Connected With the Navajo Nation

Before we dive into the most meaningful moments of our recent trip to Shiprock, let’s first talk about how we ended up there.

It’s a bit complex, actually. Earlier this decade, the EPA determined that excessemissions were being released into the environment by the Four Corners Power Plant, located on the Navajo Nation. Part of the multi-million dollar settlement reached with the power plant has been pledged to a wood stove change-out and home weatherization program for Navajos with existing wood stoves.

Those programs include a voluntary wood stove replacement program, allowing Navajos who wish to swap their current stoves — which contribute to unsafe air quality, as they are not EPA-certified or clean-burning— for innovative new stoves that can burn both wood and coal more cleanly.

U.S. Stove is part of the effort to provide the Navajo people with these stoves, and this trip was one part of the program.

“From the moment we got there, we were struck by how warmly we were welcomed,” says Blaire Phillips, Marketing Director at U.S. Stove. “They were some of the kindest people I’ve ever encountered, and they were willing to teach us the nuances of their culture and all that it involves.”

Amongst those lessons, there were three that truly stood out:

1. Wood-burning is sacred. While most of us don’t often think about how we heat our homes, the method by which the Navajo people heat their homes in the bitter winter is something that’s vitally important to them.

“Wood-burning heat is very ceremonial and sacred,” Phillips says. “Even the ash is sacred to them. They believe that placing a little mark of ash on the forehead will help ward off bad dreams.”

2. Tradition is a way of life. Life among the Navajo Nation is much more multigenerational than what you typically see in American culture today. In Navajo culture, the matriarch and patriarch of the family often live in close proximity to their children and their children’s children.

This living arrangement allows for a keen recognition of tradition — and passing that tradition down through the generations. One such practice that we learned about is called “kneel down bread.”

“Kneel down bread is made from corn that they husk, then cut off the kernels and mash using a mortar and pestle,” Phillips says. “It’s then shaped and put back in the husk to cook.”

3. Water is life. This is more than a lesson we learned — it’s truly a life motto for the Navajo people. In an environment where water can be scarce, it is immensely valued.

“It doesn’t rain very often there, but when it does, it rains hard,” Phillips says. “When we got to the second house we visited, it started pouring. The matriarch said, ‘You guys are a good omen, you brought the rain.’ It’s ‘just rain’ to many of us, but to the Navajo people, water is life.”

In our business, warmth is life, too.

It was a true honor to share in these moments with the Navajo people and take home the perspective they shared. We look forward to our continued partnership and having the opportunity to offer the gift of clean-burning heat. 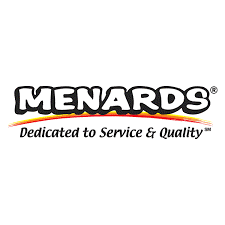 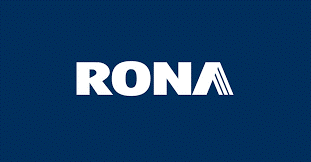